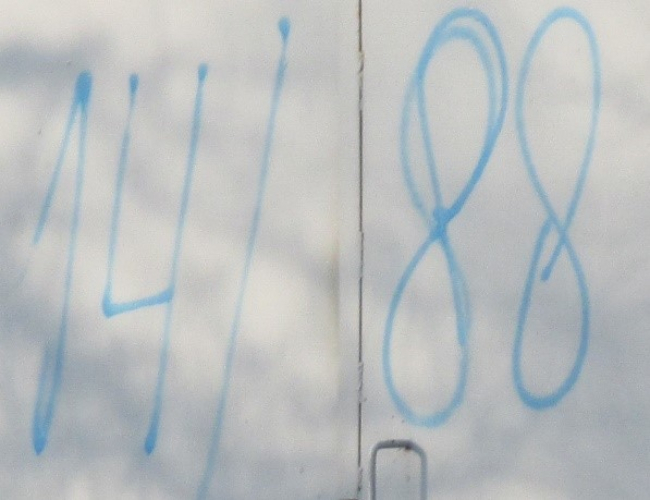 “14-88” is a combination of two far-right numerical codes: the number 14, symbolizing the “14 Words” slogan, and the number 88, symbolizing the Nazi phrase "Heil Hitler!" The “14 Words” refers to the following slogan: “We must secure the existence of our people and a future for White children,” which was formulated by David Lane, a member of the American white supremacist terrorist organization The Order (in Ukrainian, the phrase reads as follows: «Ми мусимо забезпечити існування нашого народу і майбутнє для білих дітей»). It is possible that the name of the Ukrainian organization Order ( is a reference to the American group. “88” is a code for the Nazi salute "Heil Hitler!" — referencing the fact that the letter “H” is the eighth letter in the Latin alphabet.

“14-88” is one of the most common hate symbols. Far Right groups in various countries use it widely to demonstrate their identification with Nazi and neo-Nazi views

It is very commonly used in Ukraine to demonstrate Nazi and racist views, often without any connection to a specific organization or structure. Due to its simplicity, the numerical combination often appears in graffiti.

Mistaken use of this symbol (in other words, deploying it without understanding its meaning) can sometimes occur among young people who consider it to be a symbol used among football fans or other non-racist subcultures.

In some cases, “14/88” is used in graffiti because of its simplicity, by those who lack a full understanding its meaning.

Far-right radicals often deliberately use a combination of 14 and 88 instead of other options.

When the numbers 14 and 88 are used online (in e-mail addresses, screen names, on online forums, etc.), it is extremely important to consider the possibility that this is in fact a coincidence. In this context, the number 14 could refer to the year of the user’s date of birth, for example.

A combination of 14 and 88 could also be random. It can refer to a person’s license plate number or home address, for example.

As it is possible for people to use these numbers unwittingly, it is necessary to look at the context in which they appear. For example, if this numerical combination is presented along with other hate symbols and phrases then it is likely being used on purpose. 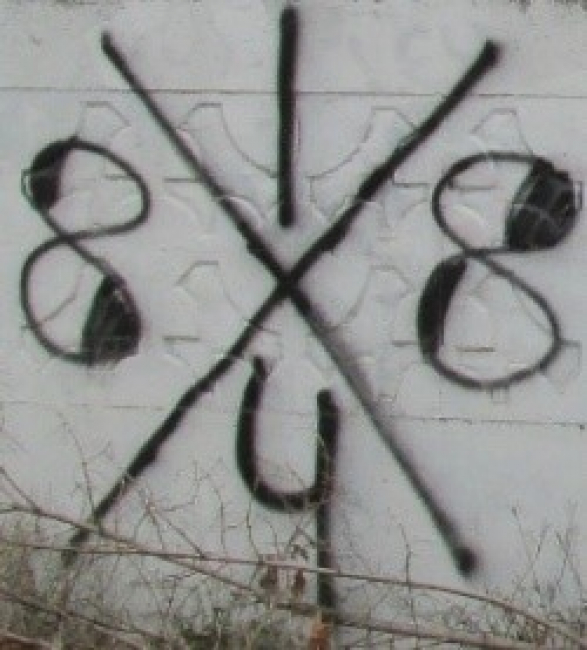 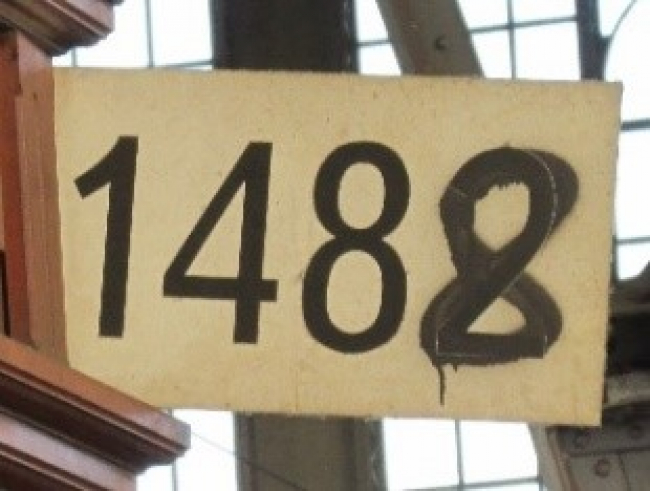 Conversion of a regular number into a symbol. Without slash.