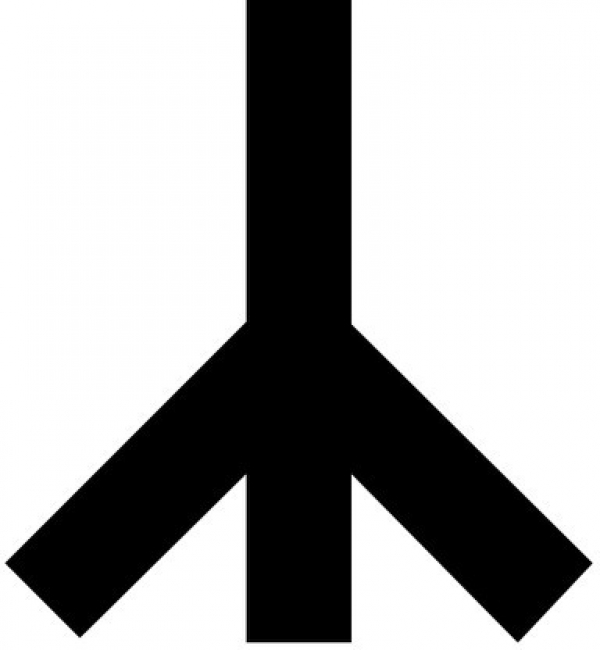 The “death rune” is also known as a variation of the Algiz or “life rune.”

This symbol denotes the sound [R] in runic writing, which is similar to the Ukrainian sound [з]. Modern neo-pagans who have no connection to Nazism or other far-right ideologies also use it.

Guido von List — an Austrian occultist in the mid-nineteenth and early twentieth century, who had a major influence on the development of occultism within Nazism — founded an esoteric, occult ideological movement called Armanism. Von List included an inverted “life rune” in his version of the Futhark alphabet, which he called the “death rune.”

In Nazi Germany, this rune (taken from von List) symbolized death. It was used to glorify fallen members of the paramilitary organization the SS (the Schutzstaffeln) and replaced the Christian cross in obituaries and on tombstones.

For modern neo-Nazis, this rune symbolizes death. It is one of the most common neo-Nazi symbols and is used widely by members of the Far Right in various countries as a marker of Nazi, neo-Nazi, and racist views.

Supporters of far-right ideologies almost always use the “death rune” in place of a cross in obituaries, biographies, epitaphs, and other memorial materials.

The “death rune” is used widely in Ukraine to demonstrate Nazi and racist views, often without any connection to a specific organization. Supporters of far-right ideologies almost always use it to symbolize death, most commonly in conjunction with the “life rune.”

This rune is almost never mistakenly used. However, some neo-pagans also use it as a symbol of death. To determine if it is being employed as a hate symbol, one must pay attention to who is using it — a number of neo-pagan sects that use the “death rune” do in fact adhere to racist ideology, but not all of them.

There are also images that visually resemble the “death rune,” so it is important to determine whether it is actually being used as a hate symbol. If it appears alongside other runes or hate symbols, it is likely being used for its far-right symbolism. 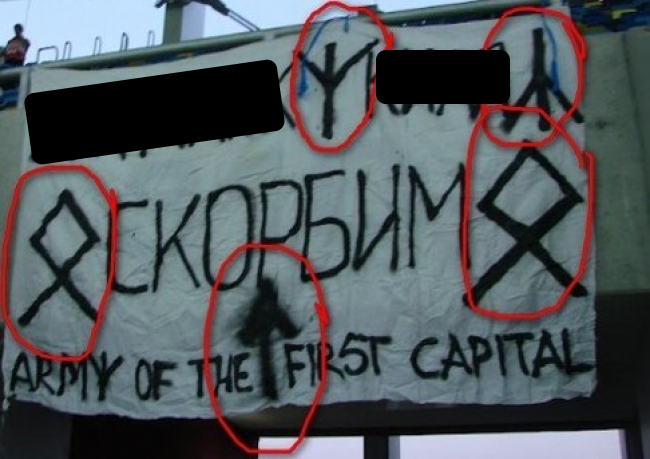 Life Rune and Death Rune as symbol of birth and death, accompanied by Odal and Tyr Runes (Kharkiv) 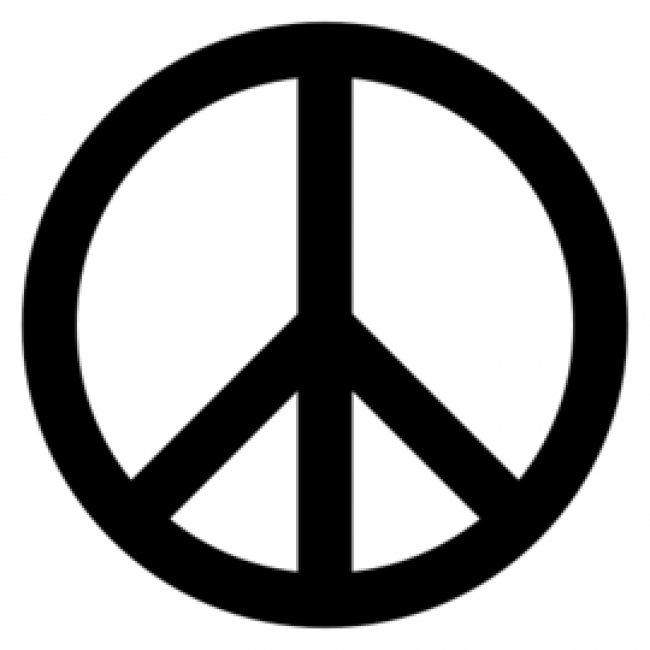