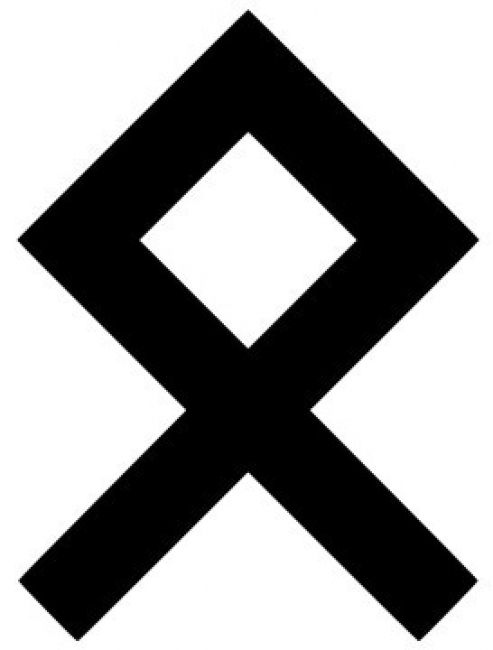 Also known as the Othala Rune in English, although this variation is rare in Ukrainian.

This is the twenty-fourth letter of the Futhark runic alphabet, an ancient Germanic script mostly found in Scandinavia and the British Isles. It symbolizes property, land, and heritage.

The Odal rune denotes the sound [o] in runic writing. It is often used to make an inscription look ancient in style. Modern neo-pagans who have no connection to Nazism or other far-right ideologies also use it.

In Nazi Germany, the Odal rune became known as a symbol of "blood and soil" (in German, "Blut und Boden"). It was an important concept in Nazi ideology and was widely used. It was also the symbol of several organizations, including the SS Race and Settlement Main Office (which was in charge of verifying the Aryan origins of SS candidates and their wives, abducting children for "Aryanization," deporting populations and colonizing territories, and punishing those who violated Nazi racial legislation), the Ahnenerbe (a Nazi think tank that studied ancestral heritage in order to justify the Nazi’s racial ideology), the 7th SS Volunteer Mountain Division “Prinz Eugen,” the 23rd SS Volunteer Tank and Grenadier Division “Nederland,” and the Wehrmacht’s 4th Panzer Division.

For modern neo-Nazis, the Odal rune signifies a connection to their "ancestral heritage" in a racial sense. It is one of the most common neo-Nazi symbols and is used widely by members of the Far Right in various countries as a marker of Nazi, neo-Nazi, and racist views.

In Ukraine, this symbol is used widely to demonstrate Nazi views, often without any connection to a specific organization or structure.

The Odal rune is often used mistakenly, without understanding its meaning, for instance as a talisman or supposedly “ancient Slavic” symbol. Those who use the Odal rune point to its “Slavic roots” as justification. However, the presence of runic writing in Slavic territories has not been proven, and most often members of the Far Right use such statements to disguise their neo-Nazi and racist views.

Ukrainian neo-pagans also use this symbol. That said, some neo-pagan movements hold racist ideologies and vice versa -  there are a number of racist movements that oppose the Abrahamic religions (Judaism, Christianity, and Islam) and lean towards neo-paganism. As such, identifying the neo-pagan group in question is important for determining whether the Odal rune is used as an indicator of neo-Nazi or racist ideology.

While there are often decorative patterns that resemble the Odal rune, these patterns are almost always repeated several times, whereas the Odal rune is a standalone symbol.

To identify the Odal rune as a hate symbol, one must take into account the context in which it is being used. The presence of other well-known hate symbols (such as the Tiwaz/Tyr rune, the “Sieg” rune, or other non-runic hate symbols) and the rhetoric of the people using the rune can be useful indicators. When the Odal runes appears in a stylized inscription, it is important to examine the text of the inscription to determine if the rune is being used as a hate symbol. 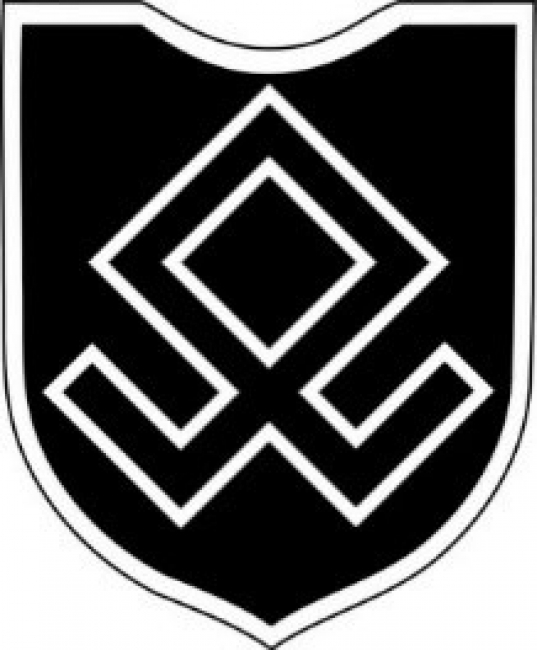 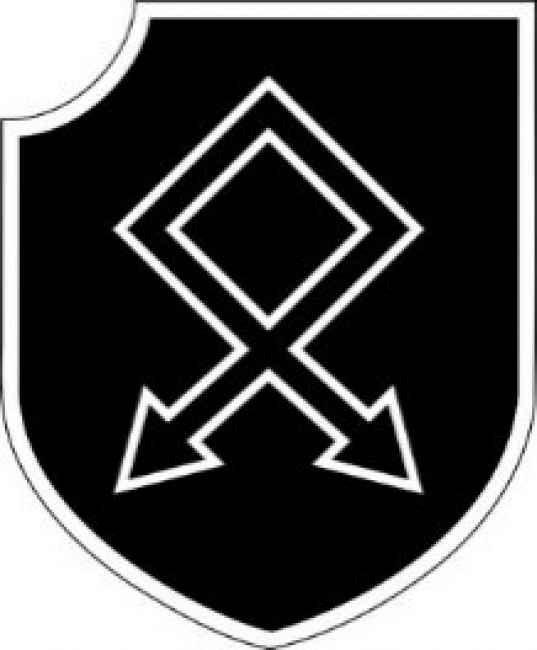