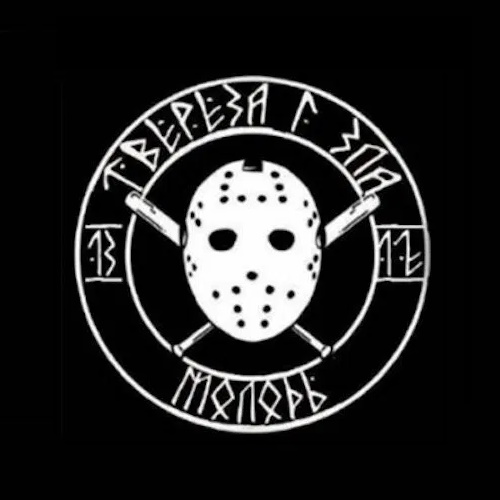 Sober and Angry Youth (Tvereza ta zla molod), based in the western Ukrainian city of Lviv, is associated with neo-Nazis in Ukraine and Russia. Its leaders are Svyatoslav Popovych and Andrii Tychka. Individuals associated with this organization, including Tychka, were convicted of committing a hate-motivated murder in 2018.

On the night of June 23, 2018, a group of 11 school-aged youth attacked a Roma settlement near Lviv, killing 24-year-old Davyd Papp. Three other people, including a 10-year-old boy, were hospitalized with injuries. According to police, the attackers belonged to the group Sober and Angry Youth. At that time, the organization had not been profiled in the media, but social media pages bearing the same name have existed since 2014.

On June 25, 2018, Svyatoslav Popovych, the administrator of the “Sober and Angry Youth” page that Lviv journalists found on the Russian social network VKontakte (VK), objected to the connections made between the page and the criminals in question.Oleksiy Kuzmenko, “The Straight-Edge Neo-Nazi Group that Attacked a Ukrainian Roma Camp,” Bellingcat, June 26, 2018, https://ru.bellingcat.com/novosti/ukraine/2018/06/26/straightedge-nazis. Notably, Popovych was not a defendant in the criminal case.

The police detained nine of the attackers. Police suspect that the organizer of the attack on the settlement was Lviv resident, Andrii Tychka. At the time, he was 20 years old and had trained as a sewing equipment mechanic but had practically no work experience. All the other detained attackers were school students aged 16–17 years old, from three Lviv schools: two vocational schools and the Heroes of Krut Lyceum.Natalia Lazarovich, “Таємниця слідства або Як розслідують напад на табір ромів у Львові” [Investigators’ secrets, or how the attack on the Roma camp in Lviv is being investigated], Tvoe Misto, http://tvoemisto.tv/exclusive/yak_rozsliduyut_napad_na_tabir_romiv_u_lvovi_104965.html. See also “У поліції назвали львівські школи, учні яких причетні до нападу на табір ромів” [The police named Lviv schools with students involved in the attack on the Roma camp], Vysokyi zmok, June 25, 2018, https://wz.lviv.ua/news/373215-u-politsii-nazvaly-lvivski-shkoly-uchni-iakykh-prychetni-do-napadu-na-tabir-romiv.

VK pages with similar namesOleksiy Kuzmenko, “The Straight-Edge Neo-Nazi Group that Attacked a Ukrainian Roma Camp,” Bellingcat, June 26, 2018, https://ru.bellingcat.com/novosti/ukraine/2018/06/26/straightedge-nazis. suggest that branches of the Sober and Angry Youth movement exist in many different cities across Ukraine, Russia and Belarus.

The organization’s YouTube channel, Lemberg Jugend—a reference to the Russian neo-Nazi group WotanJugend—was renamed immediately after the attackers’ arrest, and later deleted. The videos displayed symbols associated with the Russian far-right organization, Misanthropic Division.Nazarii Tuziak, “Що таке «Твереза і зла молодь» і до чого тут неонацисти” [What is the “Sober and Angry Youth” and why are there Neo-Nazis here?], Zaxid, June 24, 2018, https://zaxid.net/shho_vidomo_na_pidozryuvanih_u_napadi_na_romskiy_tabir_u_lvovi_n1459950. One of the  leading figures of both Misanthropic Division and WotanJugend is Russian Neo-Nazi, Roman Zheleznov. After two convictions in Russia, he left for Ukraine in 2014 to take part in “information volunteering” with the Azov Battalion. In 2017, he announced that he was ending his involvement with the radical right-wing movement,“Кто-то заставил Романа Зухеля Железнова отписаться от НС” [Someone forced Roman Zukhel Zheleznov to leave the NC], Pravye Novosty, July 9, 2017, http://pn14.info/?p=177899. possibly due to a conflict with representatives of Right Sector (this occurred shortly before he quit the movement). Zheleznov’s fate—and whether he is still in Ukraine or not—remains unknown. Therefore, it is plausible that he had an ideological influence on the attackers in question, although there is no reason to believe that he was directly involved in this specific attack.

According to Sober and Angry Youth social media pages, the organization’s ideology is white supremacy. The sobriety requirement is characteristic of “Nazi-straightedge” adherents within the neo-Nazi movement, who, borrowing from left-wing punk culture, advocate for abstinence from drugs, alcohol, and tobacco. From the mid-2000s until the beginning of the 2010s, calls for a healthy and physically active lifestyleVitali Drobishev, “Русский Марш-2012 (мои фото)” [The Russian March 2012 (my photos)], LiveJournal, November 4, 2011, https://vitalidrobishev.livejournal.com/668424.html. began to dominate Russian right-wing movements, with related sub-initiatives such as “Russian Run”Tatiana Boltskaya, “'Русская пробежка' близится к финишу” [The ‘Russian jog’ nears the finish line], Svoboda, December 10, 2012, https://www.svoboda.org/a/24794161.html. appearing. The choice of name for the movement, Sober and Angry Youth, is reminiscent of this trend and is also evidence of Russian influence on the movement.